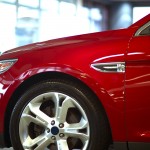 There are many factors that may cause your auto insurance rates to increase. These factors might include having a number of accidents, adding teen drivers or buying a newer car. The primary factors that will contribute to increased auto insurance rates are moving violations. Also, drivers who file an auto insurance claim will see their rates climb by an average of 38% nationwide, while those who file two claims within a 12-month period can expect to pay nearly twice as much as claim-free drivers, according to a new report by Quadrant Information Systems.

The Most Expensive Auto Violations Nationwide Include:

6. Failure to yield to pedestrians—19% increase

7. Driving in a carpool lane—18% increase

How to Keep Auto Insurance Rates Down

We are locally owned and operated out of Overland Park, Kansas and are strongly represented in all areas of the Kansas City metropolitan area including not only Kansas City, but also Olathe, Leawood, Lenexa & Shawnee.  We primarily write business in Johnson and Wyandotte Counties in Kansas but are licensed in the entire State.